Crossing continents for your research career - A personal journey

There may be many reasons why you may consider moving countries for work as an early career researcher: the availability of academic positions in your field; life-style considerations; promotion prospects and better pay, to mention a few. So aside from the practical considerations of shipping belongings, opening a local bank account, paying foreign tax, redirecting post, cancelling bill payments, renting out or selling existing property, and visa considerations what else should you know?
Written on Apr 12 2017 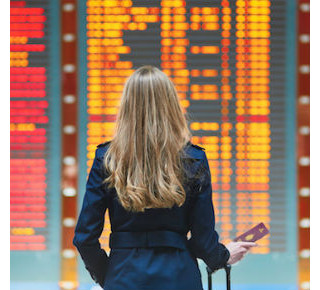 There may be many reasons why you may consider moving countries for work as an early career researcher: the availability of academic positions in your field; life-style considerations; promotion prospects and better pay, to mention a few. So aside from the practical considerations of shipping belongings, opening a local bank account, paying foreign tax, redirecting post, cancelling bill payments, renting out or selling existing property, and visa considerations what else should you know?

We talked to Dr Rachel Gallagher, who has made the move from Wales to Germany and then, on to the US, to take her current position at Yale School of Medicine. She offers us her insightful and candid view on what she’s learned along the way, with key things to consider when moving countries for work.

Dr Gallagher, originally an Irish citizen, works as an Associate Research Scientist (ARS) at the Yale School of Medicine: in her words, “It is considered Junior Faculty in the US and is in-between a postdoc and Assistant Professor. You can apply for your own grants, but that is at the discretion of your PI. The role differs from a typical postdoctoral position, in that it involves an annual contract, which has to be renewed. My field of expertise and current research is focused on inherited polycystic kidney disease.”

Making a move to Heidelberg, Germany

Can you briefly describe your career path to date, after completing your PhD?

I wasn’t that bothered about research at a graduate level. After graduating from Cardiff University in Biochemistry, I was considering doing a year in Australia — working and seeing a bit of the world. However, I needed to save up some cash for the trip. As a result, I took a research position studying the genetics of kidney disease. That was a turning point for me, as I realised I enjoyed the lab. I decided to convert my research to a PhD., and after I completed it, very much wanted to stay in the field.

I took the step to write to several mentors who I knew well through my research, to ask if they had any available positions. A key mentor of mine that was based at the University of Heidelberg, Ralph Witzgall, whose work I really respected replied to my query for a position and mentioned he had a suitable postdoctoral position available. I was really enthused by the research as it was in line with my PhD., studying the molecular basis of polycistic kidney disease. Although the post was originally for two years, I ended up staying for six.

What were the key influences which made you choose to move to Heidelberg, after your PhD?

I hadn’t considered Germany specifically before, it was purely a research project based decision. I didn’t speak any German, and had actually only studied French at school. It was a huge leap at the time, and there was a point right at the start when I arrived with two suitcases and had left my family and friends behind that I thought, OMG, what have I done?

Did you find any challenges or downsides to moving to your post in Germany?

So, I didn’t realise that, if you want to rent an apartment or house in Germany, you have to go through a formal ‘interview process’ with the landlord. I found that slightly alien. The landlord decides if they like you, and they take your profession into consideration. Since I didn’t speak German, I had to ask my future PI to accompany me to the interview and translate!

Things can be quite bureaucratic in Germany, I found this frustrating at times. For example, the university had a hard and fast rule that I needed to show them my BSc., and PhD., certificate, before I got paid. I had the latter, but it took a while for my graduate certificate to be sent on, which meant I wasn’t paid for two months, after I arrived.

"The first year was tough from a social perspective..."

The first year was tough from a social perspective. I was missing my friends and family. Cardiff University had been very sociable with people from diverse nationalities. My new department in Heidelberg seemed less international and, quite insular, in comparison.

Did you find any benefits personally and for your career?

Yes I learned a lot, both from a research perspective working with Ralph, and personally. I felt that big doors were opened for me in my research career after working there. Personally, I became much more confident and learned a lot about myself.

"I felt that big doors were opened for me in my research career after working there. Personally, I became much more confident and learned a lot about myself."

I’ve always thought you should adapt to the country you are in, so I decided to take German classes. I met a lot of other professional ex-pats in their late 20’s and early 30’s as a result, who were in a similar situation. Friends from the class introduced me to their work colleagues in turn, so I found a great social group.

What advice would you give to a researcher making a similar move to Germany?

It can be hard to integrate into German society when you’re not a undergraduate student, as people have established social networks. I would recommend that you find channels to meet people in a similar position to yourself. Get involved in social activities, sign-up for events at the university. You have to make an effort, in the first year especially.

For those wanting to settle long term in Germany, remember that your residency is tied in to your research role, so look into your contract to know how long you can stay. There was a 12 years limit for me, when I was there.

Speaking and practising the local language is important. Although, in my experience, Germans have good English and want to practice it, so even if I spoke German they would reply in English.

The air travel back home to the UK is relatively easy. There are plenty of airlines and it’s only a couple of hours.

Across the Atlantic to Yale

What were the key influencers in you moving to the US?

The key impetus was the fact my supervisor in Heidelberg decided to move to Regensburg in the Bavaria region of Germany. I visited the area and I felt there wasn’t the international diversity that Heidelberg had, so I started to consider other options and decided not to make the move with him.

I had always thought that the United States was a great option for research, before I moved to Heidelberg. I’d heard the funding and facilities were better from a number of sources. I had established myself in my field during Germany, so I contacted a collaborator I knew in the States at Yale School of Medicine. He mentioned he had a position available as an ARS. I had a lot of experience by that point, was well-versed in all the techniques and was a native English speaker, so was seen as a good candidate.

I was invited to an annual meeting to give a talk, and met with my potential colleagues and was wined and dined. After I was offered the position I accepted and then traveled to the states on a H1B visa.

What were the benefits personally and for your career?

My supervisor is very well known in the field, so I have been introduced to key people. He has a very good reputation for doing good science, and that definitely trickles down to the group.

What were the downsides?

Much like in Germany, I found the first year tough. I would give that advice to anyone who moves to not make any decisions based on your first year. You have to give it more time. The fact I spoke the language helped with integrating in society but initially I felt isolated. Initially, none of my experiments worked for three months. The lab protocols varied considerably to what I’d been used too. This was challenging.

In Europe, the research grants you receive are purely for funding your work in the lab. In the US, they also have to cover your salary. If, like me, you are working for a private university, there is no predetermined minimum or maximum salary scale for an ARS position. It is at the discretion of your PI. Consequently, you could end up being paid below the odds.

"...the current administration is going to cut NIH science funding by 18%, which doesn't bode well..."

The other thing to be aware of is the tight link between funding and who is in government, as well as the economic climate. Funds were affected by the 2008 economic crash. Furthermore, the current administration is going to cut NIH science funding by 18%, which doesn't bode well.

With hindsight, what advice would you give to a researcher making a similar move to the US?

I would definitely tell them to spend time researching the environment they will be working in. Choose your future boss wisely. Consider the career progression of those they have mentored and the quality of the papers the lab produces. Get in touch with future colleagues to discuss the role.

Remember to negotiate your salary as well, and not just settle for what you are offered.

Review your work location, I am fortunate to live in a liberal part of the US, but not all areas are the same. Furthermore, think about the ease of getting home. I find the East Coast an advantage in that I can get back home to Europe quickly if there is a family emergency.

I had to cover my own shipping costs when I moved here. So, I would advise people to only bring essential books and clothing. Furniture can be bought cheaply in the US. Also, I’ve found that people sell on furniture at institutes, especially where there is an international turnover of staff.

Remember to research the tax treaty in your country of origin has with the United States. Coming from Europe, some countries have a tax treaty for postdoctoral positions whereby you don’t have to pay tax locally for a period of two years. Clarify tax and pay with HR in your future department.

What do you perceive as the advantages of moving for an academic role?

I think the ability to be mobile as a researcher is a prerequisite, to an extent, for success. As a result I feel like a world citizen and am able to work in a field I am passionate about. I have met some amazing colleagues in the field and made some amazing friends.

I love the variety and variability that an international academic career brings.

To summarise, what 3 pieces of advice would you give other academics who relocate abroad for posts?

Choose your boss wisely: Find out what kind of mentor they will be.

Get involved socially to build a network. The first year can be tough and to ensure you don’t become isolated socially, make an effort. Get involved in events, language classes and social media groups.

Should one cross continents to further their research career?