Women and minorities are underrepresented in the research workplace. Often, when they do break through, they can find a culture that is quite regressive, a paradox that sits at the cutting edge of research. To find out more about these issues and the “sociology of work”, we spoke to Dr. Zuleyka Zevallos, an Applied Sociologist from Australia. Zuleyka runs her own consultancy firm helping organisations get to grips with diversity issues in the workplace.
Written on May 16 2017 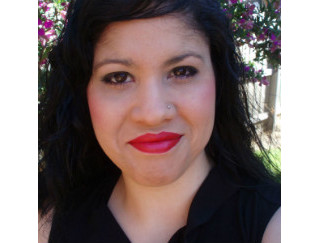 Women and minorities are underrepresented in the research workplace. Often, when they do break through, they can find a culture that is quite regressive, a paradox that sits at the cutting edge of research. To find out more about these issues and the “sociology of work”, we spoke to Dr. Zuleyka Zevallos, an Applied Sociologist from Australia. Zuleyka runs her own consultancy firm helping organisations get to grips with diversity issues in the workplace.

We began by asking her:

Your speciality is the “Sociology of Work” – what are your sociological observations of the research workplace?

My focus is on gender equity and diversity. I have worked with many different organisations as a consultant and project manager; I’ve instructed them on how to review, enhance, and evaluate effectiveness of different policies. I’ve also provided consultancy on how to provide training at different levels so organisations can better understand their obligations and responsibilities.

My work includes enhancing workplace culture, particularly, the everyday cultural dynamics that impact on working life. For example, by offering more flexibility for workers, and looking at where there may be gaps or opportunities to enhance existing procedures. I also study how everyday interactions can enhance productivity. In other words, I don’t just look at how organisations can meet their legislative requirements, which are merely the minimum standard. I also work with teams to see how they interact and how organisations can create policies to suit their unique workplace needs.

In the course of my career, I have worked with a number of research organisations, mainly here in Australia, such as the Academy of Science. I helped them implement their gender and diversity programme. I have also worked with several other national and state research programmes, looking at how they can meet the challenges of intersectionality issues; that is, how they can better understand how gender equity and racism intersect along with other diversity needs, including those associated with class, sexuality, and disability.

"I’m sad to say that the research community is far behind other sectors: bullying is much higher in academic and research contexts..."

I’m sad to say that the research community is far behind other sectors: bullying is much higher in academic and research contexts. Although there ought to be a better understanding of diversity, minorities report they are targeted via a variety of forms, including microaggressions – everyday comments and “jokes” that exclude or demean differences. Furthermore, compared to industry and government, lesbian, gay, bisexual, transgender, queer, intersex and asexual (LGBTQIA) people in the research sector are more likely to remain “in the closet.” Studies indicate people working in universities feel less safe in disclosing their sexual identity to their managers, and they feel more susceptible to harassment and homophobia. This is particularly prevalent in Australia and English speaking countries including the UK and USA.

There is still a preponderance of men over women in research, most notably in the sciences: to what do you attribute the causes of this continuing imbalance?

We need to better understand the various national dynamics: there are significant differences between countries. Many nations have gender parity at undergraduate levels, except in engineering and computer science. Life sciences tend to have a higher proportion of women.

This tapers off at senior levels; at the moment, women represent 1/5 of senior scientists. The reasons for this are complex. Many people think they can see some improvement, and so they perceive greater progress: but some of the gains made, particularly in computer science, have gone backwards in the last couple of decades. Thus, there is no room to be complacent. Women of various backgrounds continue to be advocates and agents of change, but this work should not fall to them alone. In fact, more senior leaders, and White cisgender men (that is, men who are not transgender), must especially rise to meet the challenges of gender equity and diversity.

"The research culture believes itself to be a meritocracy...but the research system has been built around an arcane model of gender..."

As for the reasons why these disparities exist: there are structural biases in the way we think about and reward research. The research culture believes itself to be a meritocracy: we have this idea that if everyone sticks to the science, gets the funding, and gets publications out there, then everyone has an equal opportunity. But the research system has been built around an arcane model of gender, which was developed long ago. For example, men could rely on the invisible work of their domestic partners so they could focus on their careers.

Although women have always undertaken scientific research, and made headway in changing some policies, existing systems for rewarding merit are still deeply flawed. Funding still tends to be given to much older white men. Worse, the people who have always received research funding will continue to get it. Last year, only 30% of Australian research funding went to people other than white older men. The way it’s awarded, such as being able to show secondary outputs, favours people who haven’t had career interruptions like caring for parents, children, or disabled relatives. There are also a lot of problems in the publishing system: the journals that have a higher impact factor are dominated by male editors, and they tend to publish white men’s research. This has a huge impact on whether or not people get funding.

"...a lot of empirical research shows that women are lumbered with a lot of administrative duties that don’t progress their careers...If the community had a better distribution of tasks...we might see different outcomes..."

Additionally, a lot of empirical research shows that women are lumbered with a lot of administrative duties that don’t progress their careers, like sitting on under-valued committees. They also do a lot more mentoring and pastoral care of students, and a lot more teaching. If the community had a better distribution of tasks, if it rewarded the type of work women disproportionately take on, we might see different outcomes.

Since you began work as a researcher, what changes and evolution have you seen in the research workplace relating to gender?

There’s been some negative trends: we need to work on both national and international levels. One positive change that has occurred in Australia: more and more leaders are moving from individual explanations to collective solutions. Merely targeting individuals, for example, training women to be better negotiators, has a low success rate, as it “fixes the woman rather than the system”. Research shows that women can be skilled at asking for a pay rise or a promotion, but if the people sitting on panels don’t recognise women’s expertise and appreciate their career trajectory fairly, then women are not remunerated the same as men.

I previously managed the pilot programme in Australia that uses a system of accreditation and evaluation, and helps institutions use their own data to enhance existing systems, as well as utilising consultation with their staff and students to make positive changes. This programme now incorporates 75% of the higher education sector as well as other government and medical research institutes. It’s based on a successful programme from the UK. Similar programmes are being explored in New Zealand and other nations in the EU. Also, specific research areas like astronomers are looking to their professional associations and institutions to make positive changes.

You were critical of the March for Science movement; what were your reasons for this?

I wanted the March for Science to succeed; like many scientists, I thought the idea of unifying through a social justice movement was sound. But it was apparent from very early on that the organisers lacked an inclusive policy strategy to address long-standing problems in science.

To encourage positive changes for the march, I worked to bring empirical insight and sociological expertise to hold the March for Science organisers accountable for the goals they set up for the protests, as well as providing advice to strengthen the plan and the execution of the march. What was the lacking was gender equity and diversity; the March for Science had a haphazard approach. Indeed, their original goals didn’t address issues of diversity. The organisers released four versions of their diversity statement; it was clear they lacked experience of minorities and gender in science.

I collaborated with many underrepresented people in science to offer critical thinking, which is key to all science. I also offered resources to the organisers to make their events more inclusive. They were sluggish to respond to critiques; in the end, they excluded those who were already marginalised in science. It was clear they didn’t think about issues of safety for minorities, particularly in the USA: for example, they didn’t consider how undocumented migrants are facing heavy handed treatment from border enforcement. Minorities were particularly targeted at the DC march. At various marches, women of colour, who were trying to make diversity a reality, were pushed out of their local organising committees. This led to an atmosphere in which many minorities in science felt like they couldn’t participate as it was averse to their well-being.

How do you believe such events could be made more inclusive?

As a starting point, the organisers would have benefited from listening to the evidence that underrepresented minorities could have brought to them; historically, minorities have been strongly engaged in social justice movements and know how to make them work. In the American context, the March for Science would have benefitted from joining up with black activists who do work with Black Lives Matter; joining with indigenous groups such as the Dakota Access Pipeline activists; working with LGBTIQA groups; and disabled experts, plus other activists who understand how to make an event accessible.

In Australia, at the end of January, we had a very large protest that was led by young indigenous activists and community workers who also work in universities. It had a bigger turnout and impact than the March for Science. This shows the value of working in a collegial way with those who are serving the needs of minorities working in science and the general community.

"I’d recommend that leadership groups incorporate gender equity and diversity as a central organising principle, rather than treat it as an add-on for later..."

I’d recommend that leadership groups incorporate gender equity and diversity as a central organising principle, rather than treat it as an add-on for later. It will then be built into every single stage of planning. Any leader of a social justice movement should ask themselves: “I am the right person to be doing this work?” Remember, the end goal is more than just a high turnout.

Protest movements should think about concrete change; one of the problems with the DC march, as well the one in Australia, was that there was no vision for policy change. It merely stated, “Let’s celebrate science, and let people know science is important.” People turned out in support of that, but what is going to change as a result?

Finally, there’s a need for quality volunteers to do the work. There was no public accountability from March for Science: volunteers merely put in applications and hoped for the best. Skills, experience and expertise need to be matched with the requirements of events.

Thank you for your time.

What is the state of gender equity and diversity in research work?