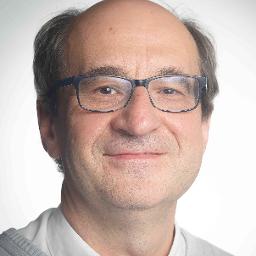 After graduating from the Lomonosov Moscow State University, Andrei Khodakov was recruited in September 1987 by the Laboratory of Professor V.B. Kazanky at the Institute of Organic Chemistry of the USSR Academy of Sciences. He worked on the characterization of zeolites and adsorption by spectroscopic techniques, as well as on aromatization of light alkanes on these catalysts. This research was presented in a PhD thesis defended in 1991. With a postdoctoral fellowship Elf Aquitaine, Dr Khodakov continued his research in 1992-1994 at the Ecole National Supérieure de Chimie de Paris under the direction of Professor Jacques Oudar and in the Laboratory for the use of electromagnetic radiation (LURE) in Orsay under the direction of Dr. Hervé Dexpert. This research targeted preparation of new platinum-based catalysts supported on a zeolite (mazzite) and characterization of the structure of the metal nanoparticles by EXAFS. In 1994-1995, he worked at the University of Edinburgh in Scotland with Professor Lovat V.C. Rees on diffusion of mixtures of alkanes (methane, ethane, and propane) and carbon dioxide in zeolites. This work has gain experience in adsorption kinetics, particularly in transient kinetic technique (frequency response). During his stay in the UK in 1995, Dr Khodakov was also involved with Dr John Dwyer in the Institute of Science and Technology, University of Manchester (UMIST) in ab initio molecular modeling of carbon monoxide adsorption on the acid sites of zeolites. To approach the industrial context, Andrei Khodakov exercised his research activities at the IFP (French Petroleum Institute) between 1995 and 1997 in the field of the design of catalysts for Fischer-Tropsch synthesis. The research work in 1997-1998 in groups of Professors Enrique Iglesia and Alexis T. Bell at the University of California at Berkeley (USA) gave him excellent knowledge of the oxidative dehydrogenation of alkanes, active sites and the kinetics of this reaction. The skills of Dr Khodakov in academic research were then enriched by an industrial research experience with the SABIC Technology Center in Texas (USA), where he was hired as a research associate. In October 1999, Dr Khodakov joined as a Researcher (CR1) the Laboratory of Catalysis of Lille (now “Unité de Catalyse et de Chimie du Solide”, UMR 8181 CNRS) in Lille (France) and then was promoted to the Research Director (DR2 in 2007) and Senior Research Director (DR1 in 2017) positions. He presented his Habilitation (Dr. Sci.) degree in 2002. Dr Khodakov is particularly interested in the development and optimization of new catalysts and catalytic reactors and understanding the reaction mechanism and kinetics. His approach combines both fundamental research and possible industrial use. With a high level of expertise in the field of Fischer-Tropsch synthesis, the research of the group of Dr Khodakov has been extended to the synthesis of platform-molecules, valorization of methane and renewable resources (biomass, carbon dioxide) by thermochemical and photocatalytic processes, in-situ/operando catalyst characterization, new catalyst preparation methods as well as to process intensification. Further information is available on the group website: www.suscat.org