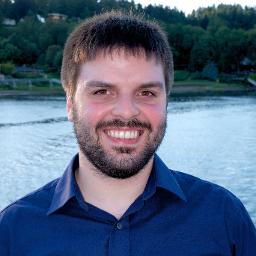 I am currently an Assistant Professor in the Department of Genetics, Genomics and Informatics, at the University of Tennessee Health Science Center, Memphis.

I graduated in 2011 from the University of Leeds with a BSc in Neuroscience, which included a year spent on industrial placement at AstraZeneca. I completed my PhD in Systems Biology at the University of Manchester's doctoral teaching centre in December 2015, where I had been supervised by Dr Reinmar Hager. I completed my first Postdoctoral Fellowship in the McGowan lab at the University of Toronto Scarborough, where I investigated the epigenetics of Gulf War Illness. I completed my second Postdoctoral Fellowship with Dr. Rob Williams at UTHSC, working on integrating multiple levels of sequencing data and a deep phenome in the BXD recombinant inbred mouse population.

My primary research interest is the brain, and its resultant behavioural phenotypes. I am intrigued by how genetic and cellular changes can be traced through a biological system to result in changes at the whole organism level, such as neuropsychiatric and neurodegenerative disorders, both of which are becoming an increasing health burden. The ability to produce and share massive datasets is one of the most exciting advancements in modern science because it enables a comprehensive systems approach to fundamental biological questions.

My PhD project combined massive phenome data sets from the largest mammalian model systems, the BXD mouse population, and human GWAS data. Information from mouse QTL allowed the identification of regions of the genome linked to a phenotype, and the homologous regions were investigated in human GWAS data. We use human brain morphology GWAS data shared by the Enhancing Neuroimaging Genetics through Meta-Analysis (ENIGMA) Consortium, as well as neuropsychiatric disease data from the Psychiatric Genomics Consortium. I develop a systems-genetics approach of candidate genes combining a number of different bioinformatics tools, including GeneNetwork, IntAct, The Allen Brain Atlas, GeneFriends, WebGestalt and KGG as well as R based programming, with the aim of establishing the networks from genetic variation to complex disease trait.

In addition, I have carried out behavioural experiments and developed analytical tools to investigate indirect genetic effects on behaviour and life traits in mice, including gene x environment interactions and parent-of-origin effects, with a particular focus on parent offspring and sibling interaction.