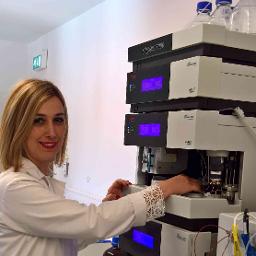 Full Professor at Polytechnic Institute of Bragança (Portugal) and Director of the Mountain Research Centre (CIMO). President of the Scientific Council of Natural and Environmental Sciences of the Portuguese Foundation for Science and Technology (FCT), Portugal, President of the Chromatography Group of the Portuguese Society of Chemistry and member of the Steering Committee "Strategic Basic Research" Foundation Flanders (FWO). She obtained her Degree in Biochemistry (1996) at the University of Porto (Portugal); Master in Sciences (1999), PhD in Sciences- Chemistry (2003), and “Aggregation” in Sciences- Chemistry (2011) at the University of Minho (Portugal). She was awarded by different institutions such as Calouste Gulbenkian Foundation (2001), ISPROF (2013) for the achievements in helping the Portuguese Science to progress, COTNH (2014) for international cooperation, Women in Science (2016) by Ciência Viva and merit medal of Bragança (2017), and has supervised several post-doc, PhD and master students. She is associate editor of Food & Function (a journal of the Royal Society of Chemistry), principal investigator of several financed research projects, and evaluator of international research projects (e.g., Eurostars, ERA-NET ARIMNet 2 and LEAP-Agri from EU and National Science Foundations of Austria, South Africa, Chile, Croatia, Denmark, Czech Republic, Poland, Switzerland, United Arab Emirates and Argentine), and national projects and post-doc and PhD grants from the Portuguese Foundation for Science and Technology (FCT; Coordinator in the area of Food Technology and Agricultural Biotechnology). She is the editor of two international books and of the topical collection Bioactive Compounds in Molecules Journal, and has published several patents, 23 international book chapters and over 450 papers in refereed journals. She is a highly cited scientist (top 1%) in Agricultural Sciences (awarded by Thomson Reuters- 2015 and 2016). www.esa.ipb.pt/biochemcore

Extraction and identification of bioactive phytochemicals.Development of natural ingredients to be used as preserving or coloring agents.Development of nutraceuticals and innovative food formulations with functional properties