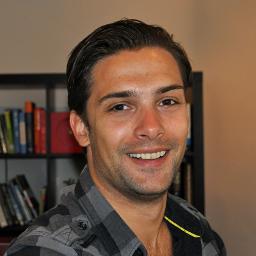 Laurens Pauwels is a postdoctoral fellow in the group of Alain Goossens at the department Plant Systems Biology of Flanders Institute for Biotechnology (VIB) and Ghent University (UGent) in Belgium and investigates the molecular mechanisms underlying the action of the plant hormone jasmonic acid in Arabidopsis thaliana. He started his research with a Reseach Foundation Flanders (FWO) PhD grant in the same group. He originally focused on the transcriptional regulation of metabolism-related genes by jasmonates (Pauwels et al., 2008; Pauwels et al., 2009). These transcript profiling studies revealed a novel protein family as the potential targets of the jasmonate-receptor and shifted his research upstream in the jasmonate signalling cascade (Pauwels, 2009, Grunewald et al., 2009). Using a proteomics-based discovery approach, new players in the regulatory module were identified expanding the similarities of jasmonate signal transduction and those of other plant hormones (Pauwels et al., 2010). In a short Postdoc in the lab of Judy Callis at the University of California – Davis (UCD) he focussed on several ubiquitin/proteasome pathway components regulating stability of proteins in the cascade. After obtaining a FWO postdoctoral grant in 2010, he will continue his work initiated in the Callis lab in the Goossens lab in Ghent.