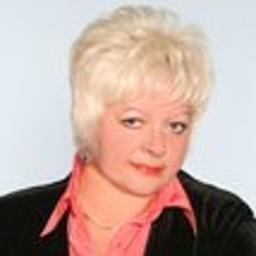 Natalia Mikheeva was born on January 2, 1954 in Leningrad. She graduated with honors from Minsk State Pedagogical Institute of Foreign Languages In June 1976. She works at PFUR since 1999. Natalia Mikheeva is a well-known linguist, scholar of wide range, a prominent specialist in the field of Romance, Germanic and comparative cultural linguistics. She is the founder of a number of new research directions in linguistics such as: national-cultural specificity of verbal behavior of Spanish and English-speaking peoples, comparative intervariant dialectology in the Romanic and Germanic languages and others. She is the author of over 220 published works, published both in our country and abroad (USA, Mexico, Colombia), including 9 books (4 monographs, 4 textbooks, 2 dictionaries). Her works are widely used in practice of university teaching in Russia and in neighboring countries (4 учебно-метолических пособия are classified by Ministry of Higher Education. Her concept and methodology formed the basis of many scientific research in our country and abroad and stimulated research work for many linguists. In 2002 she became part of CIS leading linguists. Natalia Mikheeva successfully managed the Department of Foreign Languages of philological faculty from 1999 to 2016. The Department included 9 sections (English, French, German, Spanish, Italian, Latin, Arabic, Chinese and Japanese) and had more than 140 teachers, post –graduate students and technical staff. The department headed by Natalia Mikheeva , was the leading department of foreign languages of the Peoples' Friendship University of Russian. The main characteristic features of pedagogical activity are: search for new and more sophisticated methods of language teaching; the improvement of curricula and programs; close touch with student and postgraduate audience; writing textbooks. Nowadays , Natalia Mikheeva is a skilful organizer of scientific research. She constantly attracts scientists from Russia, CIS and foreign countries, as well as graduate students and teachers of foreign languages from PFUR to scientific work. She is head of the research theme " Dialectology of Romanic and Germanic languages. Modern methods of foreign language teaching ". In 2003 Natalia Mikheeva was awarded the degree of Doctor of Philology, in 2006 she was awarded the academic title of professor in the department of foreign languages. Natalia Mikheeva created a scientific school in the field of dialectology, intercultural communication, methods of foreign language teaching. Under her leadership, 31 people defended their dissertations, two people defended their doctoral dissertations. Now she supervises 16 post-graduate students, 7 candidates for a degree and is a consultant for 3 doctoral students. Mowadays she is a professor of the Department of Foreign Languages in Theory and Practice in the Institute of Foreign Languages of Peoples' Friendship University of Russia. In 1997 Natalia Mikheeva is recognized as one of the leading linguists of Belarus and in 2003 she is recognized as one of the leading linguists of the CIS. In 2003 Natalia Mikheeva was awarded a gold medal All-Russian Exhibition Center (ВВЦ) for the development of new directions in linguistics – intervariant Spanish Dialectology. Natalia Mikheeva is a reviewer of many textbooks and teaching aids. She is a member of specialized councils for doctoral philology and methodology of teaching foreign languages in the People's Friendship University, Moscow State University M.V. Lomonosov Moscow State University.